The winning entries from our sixth competition are below. Scroll down to view judges’ comments. To read the winning poems check out our anthologies page. 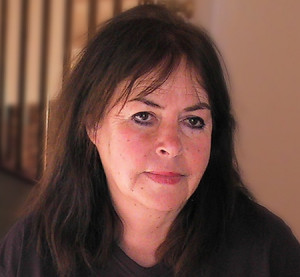 8th   The Ballad of Gracie May by Jenny Alcock

12th a goatherd near Jaisalmer by John Gallas

16th The Recovery by Andrew Lamb

Results were announced on our web site, Facebook Group and Twitter on Wednesday 18th July, 2012. We have also informed Literature Wales, Pontypridd Observer and associated district newspapers, SW Echo, the Western Mail, BBC Wales and RCTCBC as well as many organisations on our mailing list. Thanks to John Evans for judging this years competition, and thanks also to all those who entered and look forward to reading your work next year.

She wears green, by Sally Spedding

A finely crafted poem. A prose poem, yet it’s sentences are supple enough to bend with the lyrical impulse and it defies the supposed constraints of it’s form with the skilful use of line break and enjambment. A prose poem, yet its lines move with ellipsis and the syntax is stretched to the limit: “suggests someone not given to nightmares who can forget that slippery floor”. A prose poem, yet it is filled with sharp images, “where loin and shank of this and that jostle for attention”, and rhyme and musical rhythm are used successfully, “in some Smethwick street”/”so nice and sweet”. A prose poem, yet it’s main purpose is to create a mood and express emotion, to challenge and influence, rather than simply tell a story. The inconsistency. “She wears green”, yet, she “can forget that slippery floor, the coppery smell and those she’d once bottle-fed, falling…”. Great poems often speak about the local and specific yet at the same time they are also able to address the universal. She wears green: we all “wear green”. We recycle, “save the planet”, watch nature documentaries, fill the bird feeder every winter, yet we live in a nation where around 4 million “scientific experiments” are carried out on live animals annually, less than 3% of the population are vegetarian, and important wildlife habitat and green zones are destroyed with increasing regularity. This poem challenges us all. A prose poem, yes, but above all this is a very well written poem and a worthy winner.

It is very difficult to write a poem (successfully, that is) from the point of view of any animal, but it is even more of an accomplishment to do this through the eyes of a young animal without resorting to cliché and sentimentality. This wonderful poem manages to avoid all the potential pitfalls and allows the reader to see the world from the point of view of a lamb. “She convulsed and / I tumbled down heavily. Breathing out noises, / a fat tongue fooling each sound.” A new born lamb, a young life, and here again, this poem also moves beyond its immediate subject matter to speak about the universal – loss of innocence, confusion, love, hurt – these themes could equally apply to a child (or any other animal) learning to live in a new and frightening world. And again, this poem is well crafted and hugely original, focussing on the sounds and words, the language of life, which gives both meaning and confusion and which shape us all. “I made her the middle / of every sentence I circled.” There are many moving moments, images of great beauty: “I run, a bird on four legs, labelling the world from behind the shallow walls”, but this is no mere depiction of a biscuit-tin pastoral idyll, there is suffering and pain and the harsh realities of “life”: When a farmer’s accent stains my skin. / I will be mutton in two tongues. Adams, Orwell, Hughes, all great writers, who were able to let us see the world of animals from their own point of view and in doing so it gave us insight into their world and ours. This poem is up there alongside the very best.

On first receiving this years entries, I randomly picked a poem from the pile and it was this one. The first two lines have stayed with me ever since. “Why hang yourself / when God can do it for you?” Every novel or poem needs a good opening…and they do not come much better than that. Brutal. Stark. Honest. Insightful. And, the poem continues in an equally powerful manner: “You lose your job to China, / lose your son to drugs / and your hope to the bottle;”. Always honed down to its bare essentials – form mirroring content. No wasted words whatsoever. There is no time for that. The last gasp almost. “The estate becomes a prison / with paper walls to weigh you down,”. “Austerity”, yes. But this poem is not only concerned about present day financial cut-backs, it also speaks about the social and spiritual poverty such a climate produces: “there’s no clue what you do / during the day”. This is the real world for many in the UK today, a world beyond millionaire politicians, Royal Weddings, Jubilee celebrations and £24billion sporting events: “After all, there’s nothin’ out there but / job centres and Tories”. Writers were once the voice of the people. During the 1930’s depression Orwell documented the bleak social conditions of the working class and the poems of Mayakovsky were central to the Russian Revolution. This poet is restoring poetry to its rightful place within the community: it speaks for all those who have no voice. “when there’s just the roof / over your head, your dog on the / street and a noose in the shed.” In this bright, glitzy, unreal world of celeb culture, some may want to try to ignore such dark themes, but these issues urgently need addressing – and the fact that the writer cared enough to write this poem is light and hope itself. This carefully crafted poem deserves its place among the winners.