The winning entries from our 11th competition are below. Scroll down to view judges’ comments. To read the winning poems check out our anthologies page. 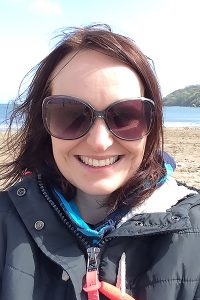 9th:       The art of moving an upright piano into an upstairs flat – Kittie Belltree   (Cardigan)

Results were announced on our web site, Facebook Group and Twitter on Friday 4th August, 2017. We have also informed the UK national press, Literature Wales, Pontypridd Observer and associated district newspapers, SW Echo, the Western Mail, BBC Wales and RCTCBC as well as many organisations on our mailing list. Thanks to Kathy Miles for judging this years competition, and thanks also to all those who entered and look forward to reading your work next year.

Organiser comment:
Once again this year (like the last few years) was an especially good one with many, many poems being in contention for the Top 20. And so, in keeping with our aim to reward / recognise as many poets as possible we’ve taken the liberty, this year, to include (below) the names of the poems & poets who Kathy Miles singled out for praise but didn’t quite make the cut:

To The Bay – Gareth Alun Roberts

in the dens of the fires swept clean – Mara Adamitz Scrupe

The harpsichord in the cage – David Hart

It has been a real honour to judge this year’s Welsh Poetry Competition. And, with over 500 entries, a somewhat daunting task, not least because of the quality of the work submitted. Subjects were wide ranging; love, loss, the failure of relationships, and – as one would expect in such dark political times – anger at the world we live in. Many poems dealt with heartbreaking scenarios: death, the decline of a loved one into dementia, homelessness, war, the refugee crisis. There were also many pieces that focussed on Wales, and I was reminded again of how much wonderful poetry is inspired by the history, culture and language of the landscape around us.

Judging is necessarily a subjective process; but from the start I looked for something different. A quirky style, a new slant on an old subject, a strong narrative voice, or imagery that lifted the poem from mere description into something that truly excited the imagination. It was such a strong field that I read each entry many times before deciding on the final placings: every poet had something unique to say, and I wanted to give every poet the chance to shine. The Highly Commended poems in particular were very close, and all of an extremely high standard, so the choice was difficult.

Inevitably, the poems which made it through were those that kept me awake at night. Poems which tugged at the edges of my dreams, or whose words huddled in little corners of my mind and leapt out when I least expected it. Well done to everyone who entered. It has been wonderful -and humbling- to see so much talent. A huge thank you to Dave Lewis for encouraging and fostering that talent and for inviting me to be the judge this year.

As a first-time competition judge, the idea that the winning poem would ‘jump out’ at me was something I regarded with more than a little scepticism. But that’s just what Airlings did: it leapt, bounded, ran/into the air, flung itself skyward and crept into my sleep. A pair of dead rabbits on the ground, two old flannels/two un-eyed rabbits. And yet the language of the poem lifts it away from that stark, unpromising fact into a remarkable and intensely poignant piece. Here we have a threading: life and death, earth and sky, movement and stillness, the claustrophobic warmth of the burrow and the freedom of running in the pastures above. The rabbits are the earth’s beat/her quick blood: a meshing of body and land that reminds us that we too belong to both and have the same dreams of escape. The poem has the ‘otherworldly’ quality of the dream/vision poem – perhaps even the Irish Aisling – with the gentle, insistent narrative voice urging the rabbits to wake from death and remember how you ran/into the air.

The imagery is precise and delicate, the whole being linked by the metaphor of sewing, a metaphor which does not overstay its welcome as many do, but which runs subtly through the piece like a strand of finest yarn:

but dragging the needle’s thread

the heavy gold thread of yourself

you buttoned your soft weight into the rising of the hill

paused to press down the ploughed soil with your feet,

Lines are as beautifully and carefully stitched together as the rabbits packed into the burrow – beads along the vessels – hem earth and sky. I particularly loved how the repetitions –shush now, shush, old flannels – gave a quiet, lyrical authority to the narrative voice. And at the end, a haunting entreaty to the rabbits:

kick the light with your feet

the earth can hold herself awhile.

A truly wonderful piece, and a more than worthy winner of the competition.

From the start I loved the confidence and deceptive simplicity of Skimmers. A tiny moment in time: a mother and her son skimming stones across the river, the child becoming impatient at his mother’s lack of skill:

And in his impatience we see the man he will become, the roles already reversed as he smiles      as if   every time/is the first   time

his mother taking comfort in the fact that at least she is good at rooting out the right stones.

I love the fluidity of the poem, the shape driving the pace and mirroring the sound and movement of the skimmed stones. The ease with which the lines flow almost disguises the fact that this is a very assured and carefully crafted piece, tightly constructed, and with great attention paid to vowel-play, repetition enhancing the smooth musicality of the lines. It is very difficult to make a child’s voice sound natural in a poem, but here the tone is spot on:

The language is spare, economical, and yet conveys so very much about the close relationship between mother and son; the child facepalming in despair as each of her stones sink, taking the lead to show her how it is done, congratulating her when she eventually gets it right. At the end the words and the stones skim perfectly, as he

Here the child is the teacher, the adult, his mother relinquishing her role for a brief, glorious moment to allow him the chance to enjoy this time of being in charge.

On watching a lemon sail the sea, by Maggie Harris

What initially drew me to this poem, and subsequently made me return to it many, many times over the course of the judging process, was its exuberance, the sheer and absolute joy of its existence. From the first moment when the poet is singing You are my sunshine, we are transported to the warm seas and shores of the West Indies and to West Indian/Caribbean traditions of powerful and melodic oral poetry: there is a strong and confident rhythmic voice behind the pen. The central image – a lemon sailing across the sea – leads us to a wealth of remembrances, including memories of the poet’s own childhood, and, inevitably, also to the shame of colonialism and slavery.

Yet this is no poem of heavy polemic. The references are subtle, often made in humorous throw-away phrases: just don’t mention sugar. This lemon is a vehicle, both literally and metaphorically (you self-contained cargo ship you), which the poet cleverly uses to hint at those darker aspects of West Indian history. But rather than dwelling on these, she invites us to see it as the vibrant, colourful place of her childhood, a place where mangoes leave their sweetness behind/bare-assed on the beaches, and where her aunt, her arms thin as bamboo, is

gathering the fallen from the yard, sweeping

their dried leaves into a remembrance of herself

whilst the black maid slips slivers of lemon into a split

-bellied fish whose eyes glaze up at the sun.

The line Gaugin, you can come in now made me laugh out loud. At the end, the lemon is liming over the waves at Aberporth (in the West Indian sense, a sharing of food, drink and conversation). Vividly descriptive, tender, full of passion and colour, this is a celebration, a brave, glorious hug of a poem. A real triumph.