The winning entries from our seventh competition are below. Scroll down to view judges’ comments. To read the winning poems check out our anthologies page.

3rd Prize – The Moneychanger and his Wife by Gill Learner 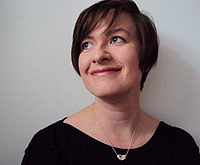 5th   Love me like a wake by Louise Wilford

14th Fastest across the yard by Andy Gallagher

16th Girl in the Dust by Rona Laycock

17th In Time by Natalie Holborow

18th After They Banned Swearing by Fiona Ritchie Walker

20th Eulogy for a Walker by Ken Sullivan

Results were announced on our web site, Facebook Group and Twitter on Monday 8th July, 2013. We have also informed Literature Wales, Pontypridd Observer and associated district newspapers, SW Echo, the Western Mail, BBC Wales and RCTCBC as well as many organisations on our mailing list. Thanks to Eloise Williams for judging this years competition, and thanks also to all those who entered and look forward to reading your work next year.

Amongst an impressive array of five hundred poems Rations sifted itself to the top of the pile again and again. I’m not sure there are enough superlatives to adequately praise this poem. Stunning, touching, moving, fascinating, beautiful – put simply I wish I’d written it myself. From the immediate history given to us by its first line, ‘Then they shook off their bodies’ it grows, giving us a small window onto a far bigger picture. It provides us with a sense of the immediate and the implied. The poem, succinct in form, is far larger than its lines. Rhymes thread through it without dominating, images weave vividly, there is simplicity in its beauty, there is calm, ‘they will en-mesh with moonlight, keep their whereabouts a blur, and keep schtum, lulling the world to their hush.’ It gives us a sense of other, something beyond the definite, the poem works quickly and as a slow burn, peeling away its layers as you lie in bed at night. People you pass in the street remind you of the ‘ruckled nylons of their legs’, sparkles of light make you think of how ‘They’ve gone off-grid, taken flight.’ This is what poetry should do, tap you on the shoulder, stay with you, speak into your ear from the ether unexpectedly. We are brought back to earth by the last specific lines ‘I think of her picking seeds from strawberries; think of him husbanding his last five fags, wanting more.’ This will speak to all those who have lost someone and remember them in details, from the supposed to the ordinary – two people summed up by two short facts – their characters are created. Revealing itself more with each reading we are given a glimpse of the relationship between three people, all engaging, all worthy winners, but the one who interests me most is the poet. Rations touched me profoundly and I want to read more.

There is a real voice here. The piece has individuality stamped all over it. It is quirky, interesting, exciting, it has oodles of style, it is slathered with love and loss. Moving swiftly from image to image it reads like listening to Dylan’s ‘Subterranean Homesick Blues’ or watching a cine film spool un-wind onto a blank backdrop. Each move is a moment of blackness before another illuminating picture. It flickers, it flashes, it charms, it allows the reader to enjoy the gaps as much as the words. Even at first glimpse there is an appeal in the way the poem is set out, the broken form reflecting the broken relationship within. The images are stark, conflicting, imaginative, disturbing, yet also soft, beautiful, gentle, sorrowful. For a poem so full it manages to conjure up a bleached light, a wavering glow, a softness ‘you walk over with a blanket/ that looks like new love’. From the arresting opening ‘maybe it’s only/ in the outlines/ of silence/ that we find those lost keys/ or virginities’ through to the magic of ‘amazed/ we can see the stars/ heaven/ and the future/ right through the shingles’ we are taken on so many journeys; a shared experience; we are the watcher but the breaks also force us to participate, to piece together, to imagine. This is art. This is passion. The kind of poem that should be taken to the younger generation as proof that poetry is an accessible medium. It is alive, it can speak to them, shout to them and they in turn can shout back in their own style. I could read this poem over and over and always find a part of it remarkable and fresh, but for the moment I would suggest that if ‘you sit in that square/ encircled by grease/ and dust/ and begin/ to laugh/ as if laughter/ were a time machine’ doesn’t touch something within you, then you are probably already dead.

The Money Changer and his Wife, by Gill Learner

There is an admirable restraint at work here in both composition and language. The poem is framed as the painting, taut and tight, nothing spare or unneeded. With echoes of Eliot’s “Journey of the Maji” this piece is like a grand tour via a Delft merchant’s house for the reader. Filled with rich, hollow images, like a Vanitas still life painting, we are presented with what is comparable to a modern day dysfunctional relationship. There is a separation between the two figures represented aptly in only two verses. We have the age old battle of material enlightenment versus intellectual enlightenment. We are given the greedy Moneychanger with an insatiable need for wealth ‘There’s gold enough for him to buy his way into God’s grace. But still he wants more.’ and his wife who ‘devours her bible’ and longs for a child, ‘For this she would burn.’ From the first line ‘Again he’s interrupted her reading’ we are aware that this is an ongoing situation, something that has occurred before, a chasm in their marriage. They are surrounded by riches, material gain, they are physically close and yet there is no meeting between them. The wife is objectified, ‘At night he weighs her breasts like purses’ a possession like all his others. The poet coming down on her side shows distaste for the man ‘his hands leave the smell of money on her skin, kisses taste of cheese and usury.’ Yet the empathy is contained, the poet never addressing his/her feelings outright, as if they too were unable to bridge the gap. With play between dark and light, worldly and heavenly, the opulence and pointlessness of the pursuit of wealth against real devotion in a ‘tall-windowed room’ we are let into the secrets of the Wife’s rosary whisperings, we are given the eye of the onlooker, we are shown one form of art through another. An accomplished poem, whittled down to the barest light required to illuminate its subject, The Moneychanger and his Wife is well worthy of its place as a top three entry.