The winning entries from our third competition are below. Scroll down to view judges’ comments. To read the winning poems check out our anthologies page. 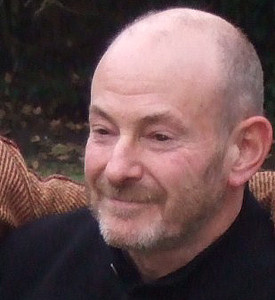 7th   When she was very young by Rebecca Carrington

13th A walk with God by Patricia Bellotti

15th The Gatekeeper by Deborah Harvey

Results were announced here and on our Facebook group on Wednesday 12th August, 2009. We have also informed the Academi, A470 magazine, Pontypridd Observer and associated district newspapers, SW Echo, the Western Mail, BBC Wales and RCTCBC as well as many organisations on our mailing list.

the origami lesson, by John Gallas

The winning poem struck me immediately as a glorious ‘leap’ of the imagination (rather like the ‘gnu’ in verse three!). I admired greatly the notion of creating places and animals out of paper intricacies and the spare, instructional tone is wonderfully counter pointed by the glint of its language throughout. It moves so very subtly, verse by verse, from the mundane to the mythical and on to a conclusion which brings all the elements together in a gently universal manner without the need for any kind of grandiose statement. It recalled haiku both in content and style with its emphasis on the tactile and visual and with its vital purpose – ‘No ideas but in things’.

Nan Follows the Bikers on a Day Out, by Eluned Rees

The second prize-winner was so close I would’ve been tempted to award a joint first. Its comic title immediately grabbed me and there were certainly humorous touches elsewhere achieved through hyperbole, as the old woman follows the movement of the bikers. It’s also a journey back into her past, bridged by the lines – ‘A girl / rolls head over heels down the mountain… ‘It is undoubtedly a filmic poem, whose movement is captured so well from valley down to shoreline and, in a final return, back to the Nan herself (who is akin to the black bird on the beach) and her last, sweeping statement.  Like the winner, it has boldness of conception and isn’t content to give a single perspective. Seamus Heaney, master of this, would admire such transformations.

The third choice ‘Rails’ is a poem if initial stasis with an ever-roaming eye, evoking the minutiae of a station. The simple personification of ‘platform’s lip’ works well, suggesting a journey, a word, a beginning. I liked especially the grubby grime of the descriptions, having spent many an hour at such places. It reminded me very much of Ponty station, with those ‘henna stains’. Then, the movement in the poet’s imagination brought out the stark contrasts between these rails and where they were leading: promenade, hills and airport (again Ponty is relevant). The Biblical imagery is introduced rather belatedly, but nevertheless proves effective, developing from ‘Eden clean’ to ‘genesis’ and finally the ‘serpent’, which strangely echoes the earlier ‘out-hiss of steam’.