The winning entries from our fourth competition are below. Scroll down to view judges’ comments. To read the winning poems check out our anthologies page. 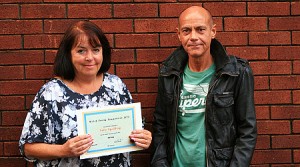 7th   A pen portrait of my ex-lover by Penny James

12th When you know the party’s over… by J.S. Watts

15th Going Back by Terry Jones

17th A weekend at the coast by Meghan Tally

19th “you only like the idea of me…” by Alisa Lockwood

A prize giving evening was held in Clwb-Y-Bont, Pontypridd, Rhondda Cynon Taf, South Wales on Wednesday 21st July, 2010. Winners have also been announced on our Facebook Group. We have also informed the Pontypridd Observer and associated district newspapers, SW Echo, the Western Mail, BBC Wales, Academi and RCTCBC, Wales’ libraries as well as many organisations on our mailing list. 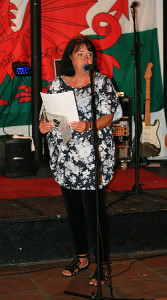 Excellently written. A narrative poem whose shifts and turns propel the reader through an episode in one of humankind’s darkest eras. The “story” is complex – even if you know just some of the history of those involved. Kimt, his lover Emilie Klöge, and his painting, Church in Cassone. Viktor Zuckerkandl, the owner of the painting until it passed into the hands of his sister, Amelie Redlich, who tried to hide the painting from the Nazi’s, before she was deported to Lodz in Poland and never seen again. No matter how compelling, how emotive, how shocking a subject, no historical account of dates facts and figures can ever come close to portraying that personal immediacy, that insight into the complexity of human experience, but a poem can make us imagine, and a great poem, such as this, can bring us very close indeed. “When they tear the fur and her dress from / her back, force her to stand like a dead, bare tree / he says, “feel free.” Not that you need to know the story to appreciate and be moved by this poem. No dry prose, this. Lyrical, emotional, inventive, and bursting with imagery. “There’ll be no shadows, no black-tongued Leyladii, no”. Technically accomplished. Verse to give voice to the unspeakable. A very worthy winner.

The art and craft of writing good poetry is to make it look easy, to make the writer invisible, in order that the subject matter, imagery, and musical qualities are allowed to shine through. But, behind the apparent simplicity and ease this poem is written with great skill and technical ability. Word play, wit, unexpectedness of thought, depth of feeling, musical, vivid images – honed, and finely chiselled to the absolute essentials, not a word wasted. Enjambent, caesura, and end stopped lines take us back and fore in time on a journey that touches us. “Izzy’s gone. Not far, / in the back garden / Actually, in between the / Bay windows.” Happy, sad, and at times funny, but all of the time very, very moving. “She felt the cold but / She doesn’t need her / Red coat, not now / Or ever.” No cold stone
memorial, this is a living breathing (barking) celebration of life in all it’s complexity. A poem about a dog, about someone who owned and loved a dog, about a dog who loved it’s owner; a poem about a dog, a poem about love, and life and loss; a poem about all of us, about all of our lives. Great poems make the personal into the universal. This poem does just that, a worthy prize winner in any poetry competition. 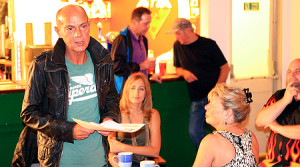 This poem is a symphony of words, tones and colours. “In a moment vast landscape…”. A language poem. A dance with words. Words being used as language rather than rhetoric. Words for words sake. Art for arts sake. Part chant, part spell and incantation, the natural imagery drawing language back to it’s more primitive and visceral origins. “Marbled stained mud grades curtained chomping bones tendons…”. You don’t need to “get it”. The poem drifts in and out of meaning; that poetic space between sense and non sense where true thought and emotion exist without constraint. New syntactic relationships emerge. Sometimes the combinations of unexpected words create a sensation of newly created, forever permutating sense, “squeaked heart ravaged like an old rag”. The writer pays careful attention to the musical qualities of the poem – the rhythmic weight, the alliterative connections, the sound, tone and texture. A fragmented narrative appears here and there, somewhere just under the surface, “Still here Still Waking”, until, at the last gasp a voice emerges for a moment, “You’ve lost And freed me / To love / Continue”. Inventive, challenging and very well written, another worthy winner.