The winning entries from our fifth competition are below. Scroll down to view judges’ comments. To read the winning poems check out our anthologies page. 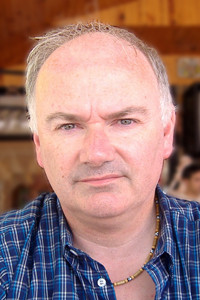 5th  Ah, you should see the mighty Deere by Mary Ryan

6th  In Bloom by Tom Gatehouse

13th Girl on the Underground by Alisa Lockwood

20th Don’t call your father a bastard by Ceri Rees

Results were announced on our web site, Facebook Group and Twitter on Friday 15th July, 2011. We have also informed Literature Wales, Pontypridd Observer and associated district newspapers, SW Echo, the Western Mail, BBC Wales and RCTCBC as well as many organisations on our mailing list. Thanks to Sally Spedding for judging this years competition, and thanks also to all those who entered and look forward to reading your work next year.

The exquisite precision of these opening lines perfectly conveys an almost surgical procedure, and while the poem’s economy extends into a more mellow, introspective tone, I remained skewered to this small mammal’s journey where there is no excess baggage, no self-indulgent clutter. I hadn’t heard of the Horseshoe bat, so I learnt something too. This is a magical and memorable work. A worthy winner.

‘How could she resist? The way the cliff parted its lips…’

‘On the edge of silence, night does her own thing…’

In this remarkable and disturbing poem, the all-seeing night, which, without much thought on our part, accompanies most of us to bed, is given a growing malevolence, playing on one of our worst fears – will we still be alive in the morning? Here, she ‘sits back and screws a spy-glass into every star. She sticks a pin into each tender part… watching every move…’ I now check her out, unable to shake the following last two lines from my mind, where the best we can do is ‘simply to stroke the other’s skin and live until morning.’