All winners of the current competition will be announced on this page with links to all our previous poetry competition winners, specially commended entries and judges comments below. 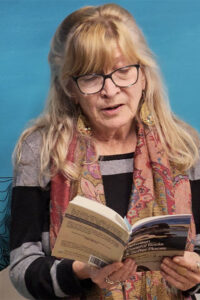 Jennifer Hetherington is an Australian author and artist who holds a degree from Griffith University in Communications (Creative Writing and Screen Studies). Jen was delighted to have her short story “In Random’s Wake” shortlisted and published in the Lane Cove Literary Awards 2019 Anthology.

Her works reflect, with both text and illustration, the coastal countryside of Northern NSW where she grew up. After decades involved in the textile industry as a designer, manufacturer and educator, Jen has returned to her love of the creative arts, primarily as a writer of poetry and short stories.

With more collections undergoing the editing process, Jen also has several novellas in various stages of development, all influenced and motivated by the local and emotional landscape that shaped her. Her highly anticipated first poetry anthology “Between Coastal Rocks & Softer Places” was published in early 2022 by RoseyRavelston Books.

Paul Hawkes has a book in production – a modern version of Homer’s epic = “Il-i-ad That Lad”.  He often writes poems about the environmental crises.  He’s had great success in the Welsh Poetry Competition, coming 8th in the 2014 contest and 2nd in 2016.  He lives in Aberteifi/Cardigan by the River Teifi, near the coast of wonderfully-wild south-west Wales, where Welsh dolffins play. 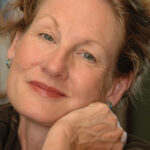 Mara Adamitz Scrupe is a writer, visual artist, and a documentary filmmaker. She has authored six prizewinning poetry collections and received numerous creative grants and fellowships. Her poetry and essays have been published worldwide in literary journals and arts periodicals and her environmental installations, sculptures and artist books are held in the collections of international museums and sculpture parks. She serves concurrently as Lance Williams Resident Artist in the Arts & Sciences, University of Kansas/ Lawrence, and Dean and Professor Emerita, University of the Arts/ Philadelphia. Mara lives with her husband on their farm bordering the James River in the Blue Ridge Mountains countryside of Virginia.

Results were announced on our web site, Facebook Group and Twitter on Monday 1st August, 2022.  We have also informed the UK national press, Literature Wales, Pontypridd Observer and associated district newspapers, SW Echo, the Western Mail, BBC Wales, Wales Arts Review, Nation Cymru, Storyville Books and RCTCBC as well as many organisations on our mailing list.  Thanks to John Evans for judging this years competition, and thanks also to all those who entered and look forward to reading your work next year.

Please also sign up to our newsletter to keep up to date. 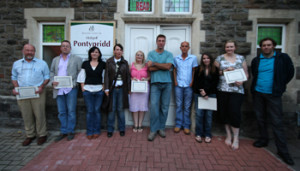 To see lists of previous winners and read some of the winning poems, plus the judges’ comments use the links below:

See also our links page for details of other poetry web sites in Wales and beyond.