The winning entries from our 14th competition are below.  Scroll down to view judges’ comments.  To read the winning poems check out our anthologies page. 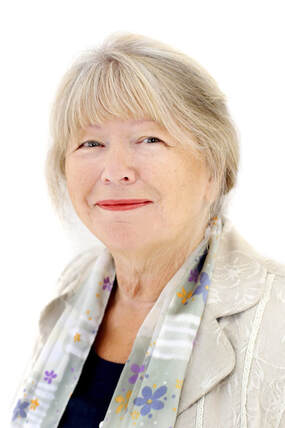 Sheila Aldous is a North London girl with Devon in her soul. Living on the banks of the River Teign she is inspired by life generally, but also the natural landscape, river life, local history and love & loss.  Her first collection, Paper Boats, the Burning of Teignmouth and Shaldon 1690, was published by Indigo Dreams. Sheila has an MA in Creative Writing from Exeter University. She has won several poetry and writing competitions: the Yeovil Prize, the NAWG, Riptide Journal and Happenstance 20. She was shortlisted in the Bridport prize 2018 and has been placed in others. Her second collection, a chapbook Patterns of All Made Things, is due to be published by Hen Run, an imprint of Grey Hen Press. 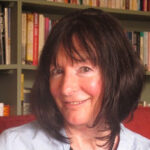 Linda M James is a Kent-based writer and creative writing tutor. She has published four novels and has finished a fifth called The Vienna Connection. This novel is an intriguing story of lost identity which moves location from America, Vienna and Switzerland before and after WW 2. In the future, she intends writing many more novels and screenplays. More here. 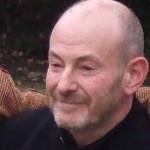 John Gallas is a New Zealand born poet who was Joint Winner of the Indigo Dreams Pamphlet Prize in 2016 and was also the St Magnus International Festival poet in the same year. After studying at the University of Otago he won a Commonwealth Scholarship to Merton College, Oxford to study Medieval English Literature and Old Icelandic and has since lived and worked in York, Liverpool and various other locations as a bottlewasher, archaeologist and teacher. The Little Sublime Comedy is his tenth Carcanet Press collection. More here.

Results were announced on our web site, Facebook Group and Twitter on Monday 15th July, 2020.  We have also informed the UK national press, Literature Wales, Pontypridd Observer and associated district newspapers, SW Echo, the Western Mail, BBC Wales and RCTCBC as well as many organisations on our mailing list. Thanks to Sally Spedding for judging this years competition, and thanks also to all those who entered and look forward to reading your work next year.

Organiser comment:
Since the start of the contest, back in 2007 we’ve always felt it important to pick out as many poets as we can for praise.  We’ve been criticised over the years for having a 18th, 19th and 20th place etc.  All I can say is that if one of my poems was picked 20th in such a competitive contest I’d be thrilled.  This year is no exception and in fact our judge, Sally Spedding, felt that the quality of poems submitted this year was so good that she has also singled out a further five poems / poets that deserve a mention.  They are as follows:

The Speed Of Ice – Partridge Boswell

Special mentions:
In addition Sally also liked the following poems / poets, who also deserve a mention.  In no particular order they are as follows:

In memory of my father: upholsterer – Philip Dunn

A recipe for rewilding – Kathy Miles

The headmaster, circa 1955 – Judith Drazin

When the trees were still dangerous – Paul Nash

Life on the inside – Beverley Sutton

On the bus with the ex – Gale Burns

The owl, the pussycat and the shark – Judie James

The gamekeeper’s dogs – A F Paterson

It has been a huge privilege to have once again been invited by Dave Lewis to adjudicate this year’s ever more prestigious and truly international Welsh Poetry Competition, with a record number of entries.  The main themes involved memories, family and relationships, trees, flowers, woodland, birds, the sea and its shores, death, dying, hospitals, lockdown and its consequences, journeys, doom, pregnancy and birth, recollections, self-examination, Aberfan and other places in Wales.  Other countries’ histories, too.  Save for one poem, there was a noticeable lack of humour, which is hardly surprising.  However, a veritable treasure hunt, with so many gems to choose from…

My criteria: Instead of merely chopped-up prose, I was looking for musicality, assonances and alliteration etc.  If rhyming, then subtle. Not everything spelled out, instead, leaving room for the imagination.  Not narcissistic and self-indulgent.  Too much interiority can be tedious.  Originality of subject matter and its treatment.  To be shown something I didn’t know or been aware of.  Interesting histories / countries / areas and revelations.  Injustice and betrayal.

1st   THE DEBT DUE – Sheila Aldous

Inspired by Dylan Thomas’ visceral and moving poem ‘I Have Longed To Move Away’ first published by New Directions in 1935, this is an achingly empathic revelation of the then young poet’s need to break free from what he saw as entrapment between society’s conventions and what he believed to be ‘the lie’ supporting them. Despite his need to be more true to himself and spurn what he felt to be damaging, the conflicted Dylan wasn’t quite able to do this. And then in 1952 came his beloved father’s ‘betrayal’ by death.

All this is captured by another accomplished poet who, it seems, is almost haunting 5, Cwmdonkin Drive, privy to Dylan’s innermost thoughts and feelings. Whose last two lines say it all.

A tour de force and a worthy winner.

Forever touching the edges
Of your words – their lack of answers –
their spoken silences.

Love in a tango of dark blue eyes.
In Poppies. In Remembrance.

The first five lines of this spare, but evocative, questioning poem, introduce us to a gifted man born in 1920 in Romania to German-speaking Jews, who wrote under a pseudonym and whose second poetry collection, Mohn und Gedaechtnis (Poppy and Memory) established his reputation. Then came the well-known ‘Fugue of Death’ opening with ‘Black milk of daybreak we drink it at evening we drink it at midday and morning we drink it at night’ before an unsparing account of life in the Nazi death camps where his parents were killed and he was interned until escaping. Despite a later successful academic career in Paris, married with a son, Paul Antschel (his real name) committed suicide in 1970.

This ‘tribute’ ends with:

Float me a second skin, Celan, so that
I sing in front of strangers – lighter
than the sky. Ballooned with words.

By Paparahi Flat, just past the droving bridge,
A vasty field of uncut corn rattles, torn,
Sere and straggle-flapping, up to Bonner’s Ridge.

Straight in with a great title and vivid description of winter on New Zealand’s North Island where the last words of this fresh, beautifully observed location sum up the scene with the end of the fifth stanza before the next one.

Their green time gone, their salad-days long passed, they rise,
a little blankly, yes, a little like a crowd
achatter when the show is done and all the darkling
auditorium of earth an empty shroud.

A well-deserved third placing, for a poem, which showed me another world far away.