The winning entries from our 13th competition are below. Scroll down to view judges’ comments. To read the winning poems check out our anthologies page.

3rdPrize    What are you owl – Rob Miles (Leeds, England) 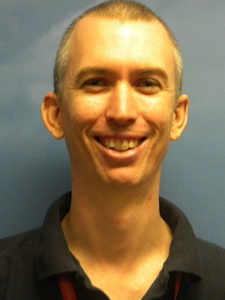 16th      Mermaids, and where to find them – Karen Hill (Ramsbottom, England)

Results were announced on our web site, Facebook Group and Twitter on Monday 1st July, 2019.  We have also informed the UK national press, Literature Wales, Pontypridd Observer and associated district newspapers, SW Echo, the Western Mail, BBC Wales and RCTCBC as well as many organisations on our mailing list. Thanks to Mike Jenkins for judging this years competition, and thanks also to all those who entered and look forward to reading your work next year.

Organiser comment:
Once again, this year (like the last few years) was an especially good one with many, many poems being in contention for the Top 20.  And so, in keeping with our aim to reward / recognise as many poets as possible we’ve taken the liberty, this year, to include (below) the names of the poems & poets who Mike Jenkins singled out for praise but didn’t quite make the cut:

Oh To Be In England – Emlyn Williams

Don’t Swipe Her Like A Dish Cloth – Barry Norris

Pots Of Paint On The Roof – Brett Evans

In The Maternity Ward – Ann Leahly

How I Learned To Love Monsters – Gill Learner

She Tries Bless Her – Geraldine Hunt

Granny By The Sea – Judith Drazin

The Map-Makers Tale, by Damen O’Brien

The joy of judging a poetry competition is finding a poem which takes a totally different direction and approach to all the others and the winner’s exactly that. Not only is its narrative descriptively intense, but it creates in such a short space, a world you inhabit, albeit a frightening, dystopian one. Curiously, the imagery of maps was used effectively by three very good poets in this competition; but this one handles a grave topic with subtle imagination.

The Devil’s Shoes in Back Home Afro-Caribbean Shop, by Pauline Plummer

In contrast, the runner-up is single focussed, describing the shoes in the title and being led by them to a conclusion in the way that poems should best develop, following imagery and not ideas. These shoes take on characters, suggesting dance and celebration and, ultimately, dangerous allure. I love the way they sound so enticing and exciting, yet end with a sense of the hollowness of wealth and superficial attraction.

What are you owl, by Rob Miles

I was in a quandary regarding third place, but again the sheer power and empathy of this poem was hard to resist. While it owes something to Ted Hughes with ‘quill-swivelling / killer’, the awe throughout impressed. I especially love the ending, with its onomatopoeia of ‘You, you, you… or air.’