The winning entries from our 12th competition are below. Scroll down to view judges’ comments. To read the winning poems check out our anthologies page. 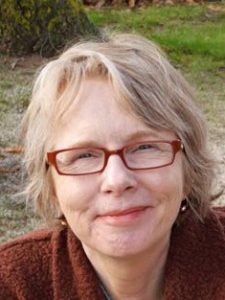 Results were announced on our web site, Facebook Group and Twitter on Monday 2nd July, 2018.  We have also informed the UK national press, Literature Wales, Pontypridd Observer and associated district newspapers, SW Echo, the Western Mail, BBC Wales and RCTCBC as well as many organisations on our mailing list. Thanks to Sally Spedding for judging this years competition, and thanks also to all those who entered and look forward to reading your work next year.

Organiser comment:
Once again, this year (like the last few years) was an especially good one with many, many poems being in contention for the Top 20.  And so, in keeping with our aim to reward / recognise as many poets as possible we’ve taken the liberty, this year, to include (below) the names of the poems & poets who Sally Spedding singled out for praise but didn’t quite make the cut:

The mouth of the gifthorse is filled with food – Heather Freckleton

Wonderful in every way – Sighle Meehan

The texture of snow – Noel King

This year’s Welsh Poetry Competition has yielded another bumper crop, showing bravery, insight and compelling imagery. All human life and more was there. Most poems had something to say, were well crafted with no excess baggage or unintended repetitions, and it was these that nudged towards the light…

To be tasked with being sole judge in such an important, international competition has been an honour, also humbling. I’ve been privy to the most private of thoughts, taken exciting journeys of a more physical kind, wanting each entry to share something transformative and original, not simply treading old, familiar ground…

Interestingly, most entries used the 1stperson singular point of view, with the omniscient aspect rare. The danger was overload, which seemed a tad indulgent and self-absorbed. Less is often more …

Several ever-popular themes predominated e.g. birds, trees, the sea, loss, ageing, Wales and Welsh legends, memories, birth, relationships. Three poems used pictures as their theme and a handful were set abroad. WWI and WWII also featured, as did present dangers. There were a few villanelles and a couple of haiku. In each entry I was also looking for an ‘engine,’ not a dribble. Musicality through alliteration and assonance rather than simply chopped-up prose. Instead of well-worn descriptions, those poems that were vivid whatever the theme, mood and setting, internal or external, hit my heart. Each of us is unique, with something different to say, and this competition has again proved it.

Many thanks to Dave Lewis for his support, practical help and encouragement, and congratulations to all those poets who bravely took a chance and whose honed work day by day moved into that light, shining and memorable.

Prayer To A Jacaranda (after seeing ‘Wolf Creek.’), by Judy Durrant

I love intrigue; what lies beneath, and this poem’s very first lines mysteriously drew me in.

Jacaranda – lay your mauve-blue bells upon me

as you do the svelte grass

carpet me like a dead body in your dappled-light runnels

Those two ominous words ending a psychotic, pig-hunting loner’s plea for that magical blossom to bring him luck and perhaps a woman, pulled me up short. The entréeto his dark, anger-fuelled world…

In this daring, dramatically constructed poem, we have the unnamed mechanic Mick Taylor, with a mind already in disarray, perhaps – as is hinted – from childhood. A Jekyll and Hyde character who enjoys inflicting the most grievous harm on others yet still weirdly self-aware…

for those of us suffering – brain extraction

Or the distraction of a knife in the spine

The poet eschews punctuation and leaves brackets open, suggesting that nothing is closed. Evil will continue, and so it does until at the very end, the killer feels the need to send for a ‘swami’ (yogi) to restore order where…

to where it lies shattered with empathy shivering

and later, at the end…

from the bromide of alchemy’s dearth

let me hug the sobbing –

Everyone has something to hide. Personality disorders abound. This is a soberingtour de force.

Note:Wolf Creek is a 2005 Australian horror film written, co-produced, and directed by Greg McLean. Its plot revolves around three backpackers who find themselves taken captive and subsequently hunted by Mick Taylor, a deranged killer, in the Australian outback. The film was ambiguously marketed as being “based on true events,” while its plot bore elements reminiscent of the real-life murders of tourists by Ivan Milat in the 1990s and Bradley Murdoch in 2001, both of which McLean used as inspiration for the screenplay.

From this beautiful poem’s simple title and the first no-frills first line, I was immediately drawn into the fascinating and probably little-known world where lambs of certain breeds of sheep, despite repeated upheavals and displacement, are tugged back by ‘their internal compass’ into

… their heritage of rock.

and the milky-white cartography of snow.

I learnt something new from each of this poem’s twelve very visual yet deceptively simple lines, empathising with these doomed, young creatures who share with us that universal condition of homesickness. When that perfect last line came, I felt close to tears

This poet clearly does realise that less is often more and significantly, amongst the many entries coming close to the competition’s 50-word limit, has delivered a gem. A worthy 2ndprize winner!

Note: Hefting – the instinct of some breeds of sheep to stay in a small, local area. (to heft.)

The Mole, by Jean James

To many people, gardeners and farmers particularly, the mole is an enemy. Destructive and determined, and yet here the poet eloquently, empathically mourns the death of one found exposed to greedy predators.

This is a powerful, imaginative poem whose economy and originality made it constantly stand out and retain its position amongst many much longer, less focussed entries.

sightless in the light…

introduces the main character whose mouth is full of wasps, having toiled

small miner with those extra thumbs,

shearing away the weight

Another parallel to our human lives in often a different darkness yet where toil seems ceaseless. However, the last, short stanza describes some consolation when noticing much later

where a wreath of pale primroses glazes