The winning entries from our ninth competition are below. Scroll down to view judges’ comments. To read the winning poems check out our anthologies page. 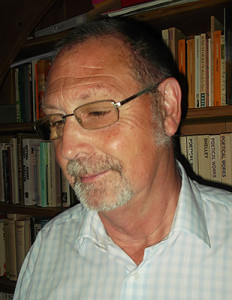 5th   Deathday of a husband by Judith Drazin

14th All the Brash Young Studs by Samuel Every-Baker

19th The Knocker-Upper by Penny Boxall

Results were announced on our web site, Facebook Group and Twitter on Wednesday 8th July, 2015. We have also informed Literature Wales, Pontypridd Observer and associated district newspapers, SW Echo, the Western Mail, BBC Wales and RCTCBC as well as many organisations on our mailing list. Thanks to Sally Spedding for judging this years competition, and thanks also to all those who entered and look forward to reading your work next year.

Organiser comment:
This year (like the last few years) was an especially good one with many, many poems being in contention for the Top 20. And so, in keeping with our aim to reward / recognise as many poets as possible I’ve taken the liberty, this year, to include (below) the names of the poets who didn’t quite make the cut but so easily could have:

And remember, next year is our 10th anniversary!

Judges comments:
It was an honour to have been invited for a second time to adjudicate this exciting and truly international poetry competition. A huge responsibility and challenge to identify those poems which had something to say – not necessarily in an obvious way – and which remained with me even in dreams. Poems, too, which weren’t simply chopped-up prose or meandered in what seemed like over-indulgence, but possessed an inner rhythm and motion. Main themes included death, the sea, birds, the stars, loss in all its forms, hospitals and Welsh history. The second person singular ‘you’, was also well-used.

The more adventurous poet also steered away from mere observation to spring a surprise, like the gardener who while digging, uncovers something precious. Final stanzas and last lines in particular, incrementally, helped the top three winners and seventeen Highly Commended entries to nudge their way towards the light.

Thank you, Dave Lewis, for organising this exceptional competition, and to all those brave poets who have contributed to its success.

The title says what’s in the tin, and from the intriguing opening two lines, introducing ancient Korea’s map makers, to an unexpected and poignant last stanza, this topical, ambitious poem has it all. Each image and observation speaks to us in our war-torn world – where Korea itself is now riven – showing another way.

Mick Evans could have presented a strident rant against where we have all failed, but instead, has worked harder to avoid the obvious and use instead, original metaphors and imagery, plus no punctuation and an often tense layout of…

or where on the road to the station

in black and white

stones on the mounds say

With each re-reading, I found something new, leading to…

all those who would make maps

and remember in earth’s measure

above all great schemes

to praise all who practise simplicity

amongst the newspapers and the mail

I find a postcard from a long-lost friend

or on the doorstep

gifts of apples from a neighbour’s garden

This segueing from the general to the very personal, seems almost holy.

A remarkable achievement, and a convincing winner.

My mother’s mind was a photo album…

I immediately sat up and took notice. This clever metaphor then took me on a journey of the narrator’s unnamed mother’s far-from-ordinary life of…

There’s tremendous pace here, and not a word wasted. Every observation is vivid and real as the pages are turned through her history also as an immigrant, leaving no stone unturned, including…

…For her, Galway salmon

Were always leaping, every cathedral

Was Connemara marble, and the Eucharist

Turned to blood in your pocket.

Then after the sisters and the nuns, the pace slows once…

…a hard, fast cancer shook her into death.

This Catholic, Shannon-born exile, buried in an Essex grave beside a Norman C of E church, is finally…

Road to Liberty by Danielle Hope

A suitably ironic title, and although Danielle Hope’s haunting poem comprising five equal stanzas, is almost conversational in tone, the subject matter is deadly serious. It reveals a dark history behind this part of Normandy, which has seeped into the present in troubling ways. The narrator’s stark, intriguing image of what I realised was a stricken cow sets the scene.

Legs sprawled in a half kick, head arched back,

she sprawls on her right side in wild grass

beside the hill path…

… landings at Utah, Gold and Juno.

The narrator also watches the farmer prune apple trees while …

and her pelt stays damp from morning dew.

Memory then shifts to another farmer – the narrator’s own – who actually cared for his cattle and even named them. Who felt…

…The darkness and shame if one died.

His Home Guard medal secreted in a sock drawer.

The final stanza begins with another visit next day, and a meeting with his polar opposite. This callous farmer who turns out to be female…

As unease increases, the narrator leaves…

…these territories of unripe sleep

the cannon blasts hourly to scare the crows.

See also our links page for details of other poetry web sites in Wales and beyond.