The first Welsh Poetry Competition was set up by poet & writer Dave Lewis in 2007.  Officially launched on St David’s Day @ Clwb-Y-Bont, Pontypridd, 2007 the aim is to encourage and foster the wealth of creative writing talent that we know exists in Wales but currently languishes in the doldrums. The aim is to inspire people to capture life in the present day and to give a voice to a new generation of poets and writers. We are not interested in purely academic types of literature but would much rather see pure raw passion burst onto the creative writing scene in Wales. 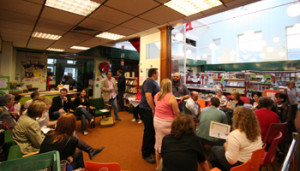 Readers should note that the competition is totally independent and financed purely by the organisers and entry fees.  We receive no grants, bursaries or monies from any of the cash-rich, publicly-funded agencies in Wales (i.e. the Arts Council of Wales, Literature Wales, Welsh Books Council, The Welsh Academy, Association for Welsh Writing in English, Wales PEN Cymru, Wales Literature Exchange, The Association for Welsh Writing in English, The Rhys Davies Trust, the Welsh book publishers, magazines etc.) whatsoever.

Of course we are very much open to any of these organisations (swimming in millions of pounds as they are) offering to help us financially and would love them to get in touch.  Having said this we have still been the biggest (in terms of number of entrants and prize money on offer) poetry contest in Wales for many years.

You may notice that we’ve put some adverts on the site.  If you click some of the links and visit those sites we may get a small commission (only a few pennies unfortunately).  This will hopefully help towards paying for the upkeep (domain & hosting) of the site.

With John Evans judging our first two years and Mike Jenkins judging in 2009 we are already a truly respected competition, that has an honest appreciation of populist, good quality, innovative work. In 2010 John Evans, fresh from the release of his book – The Acid Real,  again took up the reigns as judge and so we were once again assured of a bumper crop of fine entries from many of the country’s undiscovered poets. Our fifth year we had our first female judge in Sally Spedding and we once again had a record year with more entries coming in than ever before!

In August 2011 we published a fantastic anthology of the first five years of winners’ poems. To buy a copy of the book or just read more click here. 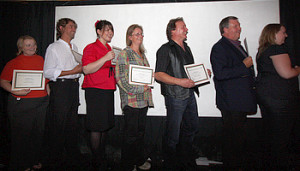 In November 2016 we published our second fantastic anthology of the second five years of winners’ poems. To buy a copy of the book click here.

Our 11th contest saw us enlist the help of award-winning poet Kathy Miles as judge.

In 2018 we welcomed back Sally Spedding while 2019 saw Mike Jenkins return for his second stint as judge.  In 2020 award-winning poet Sally Spedding returns to judge again.

Unlike many competitions we do not filter* entries, our judges read every single poem so everyone has the same chance. We also believe in having (naming) as many ‘winners’ as possible. By having 20 winners each year it is our aim to encourage writers who may have come 4th, 5th etc. in other competitions but who would never know. In fact, since we’ve begun the competition other bigger contests have started to follow our lead and are also naming more writers amongst their winners, although no-one goes as far as we do yet!

*Unless our entries increase past a manageable level of course! In that case we’ll let you know first.

Whilst the aims of the poetry competition have not changed since we began back in 2007, i.e. simply to help promote all good Welsh writers on the global stage, we have noticed that over all those years the taxpayer-funded, heavily-subsidised establishment organisations do not seem to want to help us achieve this aim.  Every year we ask Literature Wales to help promote the contest (it is their job after all and they get millions of pounds of taxpayers money to do this!) but every year they seem to forget to promote us or we need to ask them several times, just to be included on their website or in a newsletter.

One year they even refused to help because we linked to an excellent blog that dared to tell the truth about them – blackmail we thought, how quaint!  We asked Pen Cymru to intervene but they also refused to help.  It doesn’t really bother us as we are fairly self-sufficient now but we do wonder why these big, powerful quangos take this backward, rather childish and spiteful attitude, especially as all we are doing is their job for them!  In fact you’d think they would be falling over themselves to help advertise and market the contest, seeing as we do all the work.

There used to be a ‘Writers of Wales database‘ which many people in Wales loved as it made them feel a part of things but sadly it disappeared a number of years back.  So rather than moan about its passing we decided to create our own and in Feb 2019 we launched the new Writers of Wales A to Z writers database.  This on-going, time consuming project is quite a big undertaking for one person but we felt it worth doing.  If you would like to find out more about other Welsh writers why not visit the website, consider buying a book from one of them (links included) and maybe even make a donation to enable us to continue to provide this free service.

As well as the poetry competition we also run a self-publishing company, Publish & Print, which also aims to help Welsh writers get into print and compete in the marketplace.  Many authors would claim – the only true test of a writer.

For 2020, as well as continuing with the contest and adding more Welsh writers to our database, we have also decided to start a new venture.  The international Poetry Book Awards will aim to find the best self published poets with a book-length collection.  The awards will be aimed at small presses and independent publishers who find it difficult to compete with the large publishing houses that either refuse point-blank to allow self published writers and indies to enter their big money competitions or just price poets out with huge entry fees.  Again, you must ask yourself – why discriminate against poor artists?  What are they afraid of?  Perhaps they don’t want to discover a great new poetical voice?

If you have a paperback of poetry then check out our website.

To contact us for more details about the competition either write to us at:

Or just send us an e-mail by clicking here.

To join our Facebook Group** and post your poems for the world to see and judge, or just chat about poetry or the competition click here. 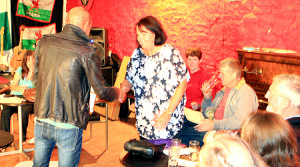 All photographs by Dave Lewis Photography (unless stated otherwise). All images copyrighted and no unauthorised use permitted.

5 Comments on About Us