The winning entries from our 15th competition are below.  Scroll down to view judges’ comments.  To read the winning poems check out our anthologies page. 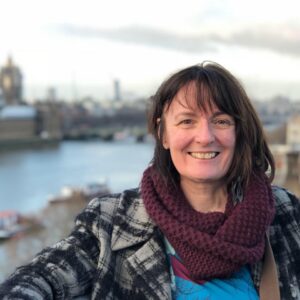 Estelle Price divides her time between Cheshire and the Llŷn Peninsula. She began writing poetry in 2014 and has an MA in Creative Writing from the University of Manchester. Her poem iii is part of a sequence of poems about the Bloomsbury Group. Estelle was the winner of the 2018 Book of Kells Writing Competition and her poetry has been placed or listed in the National Poetry Competition, Bridport Prize, Canterbury Poet of the Year, Much Wenlock, the London Magazine, Yorkmix and other poetry competitions. Poems have appeared in The Lake, Marble Poetry and the Alchemy Spoon (forthcoming), the Stony Thursday Book, the Smith |Doorstep The Result is What you See Today anthology, Macunian Ways Anthology and Deep Time Volumes 1 and 2. 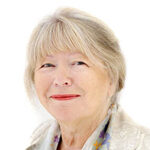 Sheila Aldous is a North London girl with Devon in her soul. Living on the banks of the River Teign she is inspired by the natural landscape, river life, local history and love & loss.  Her first collection, Paper Boats, the Burning of Teignmouth and Shaldon 1690, was published by Indigo Dreams.  Sheila has an MA in Creative Writing from Exeter University.  She has won numerous competitions: the Welsh Poetry Competition in 2020, the Yeovil Prize, the NAWG, Riptide Journal and Happenstance 20.  She was shortlisted in the Bridport prize 2018 and has been placed in others.  Her second collection, a chapbook Patterns of All Made Things, is published by Hen Run, an imprint of Grey Hen Press. 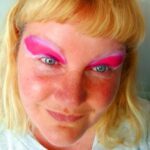 Jane Burn is a Pushcart/Forward Prize nominated, award-winning poet who lives for eight months of the year in an eco-friendly lifestyle with her family in an off-grid cottage in Northumberland.  Her poems are widely published in many magazines, like The Rialto and Under The Radar.  She has appeared in many anthologies, including Emma Press.  She is studying for an MA in Writing Poetry at Newcastle University.

4th    Shoes And An Old Woman Who Once Lived In Them – Julia Usman, Downholme

Results were announced on our web site, Facebook Group and Twitter on Monday 9th August, 2021.  We have also informed the UK national press, Literature Wales, Pontypridd Observer and associated district newspapers, SW Echo, the Western Mail, BBC Wales and RCTCBC as well as many organisations on our mailing list.  Thanks to Kathy Miles for judging this years competition, and thanks also to all those who entered and look forward to reading your work next year.

Special mentions:
In addition Kathy also liked the following poems / poets, who also deserve a mention.  In no particular order they are as follows:

the behaviours of sheep – Lucy Crispin

Listen to the sea-women – Marion Oxley

As a second-time judge for the Welsh Poetry Competition, I once again found myself humbled and a little overwhelmed by the huge number of excellent poems in front of me. Many good poems failed to make the final twenty simply because of the sheer volume of outstanding entries. Subjects were wide-ranging; lockdown featured of course, as did poems about nature, family, Welsh history and myth, climate change, and sadly, also many poems dealing with domestic abuse and the decline into dementia of a loved one. Whilst it was slightly disappointing not to see more pieces that dealt with contemporary political and social issues, I was surprised at the large number of ekphrastic poems submitted, all of which were exceptionally well written. Poems came in a variety of forms, from sestinas and villanelles to sonnets and free verse, and included a glosa, a golden shovel, a Viking lay, and a very funny rhyming poem, ‘The Naughty Nit‘, sent in by nine year old Camilla Heitmeyer.

What I looked for in particular were well-crafted pieces that had that little bit extra; poems that made imaginative connections, which engaged completely with their subject, or where a slant viewpoint or strong narrative thread gave them a different perspective. All of the winning and Highly Commended poems have those elements in common. But every poet should feel extremely proud, because the work was of such a high standard throughout. It has been a real privilege to judge the competition this year, and I would like to thank Dave Lewis for inviting me, and all entrants for their great submissions.

I came to this poem without knowing either ‘The Tub’ or much about the complex triangles of Vanessa Bell’s artistic and personal life; the subtext to the visual ‘iii‘s of the piece. But from the start I was struck by the freshness and originality of the approach, and the way the poet engages wholly and intimately with the artist, and with her thought-processes as she revises the painting. The artist’s feelings towards her subject – Mary Hutchinson, the mistress of Vanessa’s husband Clive Bell – are made abundantly clear when she removes a pitcher from the composition:

the odour of this woman’s desire.’

The poem is a glorious and imaginative tale of revenge, as the painter quite literally strips her subject naked in the most marvellous and humiliating way: ‘Mary, Mary, you should / be nude for the sake of decency’, and changes the depiction of the tub to ‘a single-minded orifice that gapes at the heart / of the composition.’  There is cheekiness here, and more than a little touch of malice in the brush.  It was also a refreshing change to see an ekphrastic poem written about a female artist.  This is a beautifully-written and passionate poem, and is the one I kept coming back to over and over again during the judging process.  An absolute triumph.

A powerful and memorable poem, The Yellow Light vividly captures the thoughts of the Irish nationalist leader and teacher Patrick Pearse as he awaits execution for his part in the Dublin Easter Rising.  Again, the poet takes us right into the mind of his subject, as he writes a farewell letter to the mother he saw only yesterday:   ‘She had grown old overnight. A body cancelled: / lined like Renoir’s Old Woman accepting the dark.’  The imagery throughout is precise and intense, as he waits not only in the faint hope of a pardon from the authorities, but for

‘…… the priest who will mutter words of Christ’s pardon.

He considers this barterer who will haggle without blinking

for his soul, for the promise of a fag and dinner.’

The repetition of ‘he’ throughout, particularly at the beginning of the last five tercets, is a device the poet uses to emphasize the lack of control Pearse feels over his situation, and which serves to highlight the particular isolation and self-absortion of the condemned man in his cell as he hears the sound of his comrades being shot by firing squad.  And a superb ending, which takes us right to the heart of Pearse’s fears, and his hope for a swift death:

‘He had been told they would be precise, like swifts winging

through a black tunnel to the sun’s yellow light –

that it would be quick.’

A good list poem has to work both inside and outside of the restrictions of the structure to avoid becoming merely a series of tropes or clichés, and The Foundling Mother’s List of Pain does this brilliantly.  Set in the C18th, it comprises a list of imaginary ‘instructions’ to a new mother who is forced to give up her baby to a foundling hospital.  As the poet’s note tells us, such mothers were allowed to leave a token of fabric, in case they were able to reclaim the child at a future time.  The poem is a progression, starting with the moment of arrival at the hospital, where the poet guides both mother and reader through the process with a set of heartbreaking commands:

We feel the mother’s pain throughout the years, in language which is simple and direct, but vividly paints a picture of loss:

The grief of a mother for a child is timeless; these stages of loss bind the past to the present intimately and seamlessly, as do the directives, so reminiscent of the ‘self help’ guides of today, such as the ‘Tasks of Mourning’ models. A stunning poem.